Ten Amazing People That Changed Aviation and How They did it

2.Charles A. Lindbergh: Charles A. Lindbergh was the first person to ever nonstop solo across the Atlantic. He had made this historic flight on May 20th through the 21st 1927 in a silver Ryan strut-braced monoplane. The plane was name The Spirit of St. Louis.

4.Glenn Curtiss: Glenn Curtiss was known as the father of naval aviation. He was known for allegedly creating ailerons and creating and mass producing sea planes. Glenn was also the first person to ever receive a pilot license.

5. Howard Hughes: Howard Hughes was famous for many thing but more throughout the world of aviation for owning Trans world airlines, as an inventor, and for breaking records. He invented the h1 racer and helped design the xf11 spy plane for the US Army. He was also known for beating Lindbergh record in nearly half the time flying from New York to Paris.

6. Jackie Cochran: Jackie Cochran had lead the women’s Air force service pilot training program. She is best known for being the first women to break the sound barrier. This event took place in 1953.

7. Manfred von Richthofen: Manfred von Richthofen ( Also Known As; The Red Barron) was a famous German pilot that flew during world war one. He was known as the original ace of aces with 80 confirmed aerial victories. However he was best known for his flamboyant paint scheme on his military plane. He flew a bright red Fokker F1 until the day he was shot down by Captain Roy brown of the royal air force.

8. Igor I. Sikorsky: Igor I. Sikorsky was a pioneer in the aviation world for the design and creation of the first ever multi-engine plane. He was also known for founding the Sikorsky Aircraft Corporation in 1923. His nickname was the father of helicopters. He was named this for making the first operational helicopter.

9. Lawrence Sperry: Lawrence Sperry was also known as gyro. He was given this nick name for creating a way to stabilize a magnetic compass without reaction from the axis of the airplane. But he was best known for creating the first working autopilot. 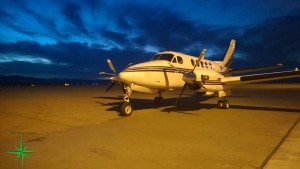 P.S.G is in the process of designing an educational series, with the help of professional aviators: including university professors that educate in aviation and many flight instructors, more...